Imagine a session band escaping from the psycho ward, commandeering a steamroller up & down the interstate, plugging in and turning up to eleven, all the while raving about thistles and shamrocks floating to the shores of America.
It began in 1999, as three friends gathered for sessions. Casey Jones, George Zienowicz and Andy Redmond recognized that songs known by Irish and Scottish soldiers and the Celtic music that evolved in America were rich repositories that could use a little exploring. With the addition of two more friends, Bud Osthaus and Glenn Owens and (since all members were a bit older than their “garage band” days) the name Na’Bodach (Gaelic for “not old men”) seemed appropriate.
Research into the various melodies and lyrics that accompany these tunes and the historical integrity employed in documentation displays the respect for the traditions and culture that Na’Bodach share with their audience.

However…
The use of electric guitar, electronic Deger pipes, electro-acoustic fiddle and bouzouki, and pumped up bass and percussion, juxtaposed with a strong, six-man vocal range, serve to insure that attendees at a Na’Bodach gig are treated to an experience in Celtic music they won’t soon forget. Larry Kirwan of Black47 fame has been moved to call Na’Bodach “sledgehammer Celtic” and “one of the best of the new bands.”
A “Neutrik” electronics endorsee, Na’Bodach appears at Celtic festivals in the Eastern USA and venues close to their home area of Philadelphia, PA. Their critically acclaimed debut CD, “Knickers Down, Bottoms Up”, continues to sell well throughout North America, Europe and Japan as does their most recent release, “An Intelagent Design.” Both albums have been recognized by “Just Plain Folks”, an independent music organization, as nominees for “Best Celtic Album” in 2004 & 2006!
They are true to tradition and culture, yet they always throw in a few drams of high octane so we can all enjoy the eclectic musical mix that is Na’Bodach! 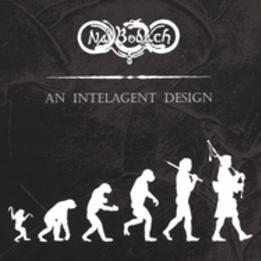 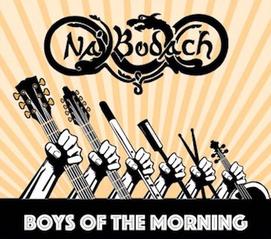 From a live performance in New Hope, PA:

Look for video clips and more on our Facebook page 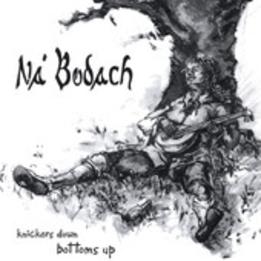