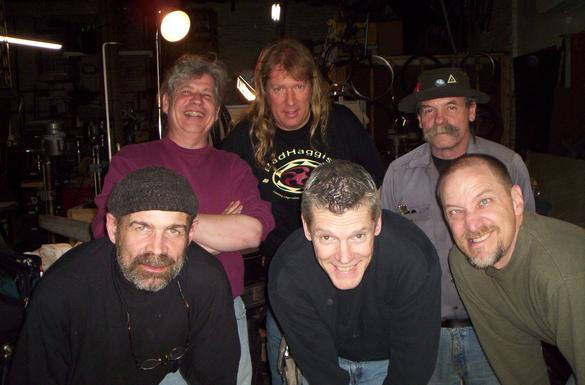 In 1999  three friends, Casey Jones, George Zienowicz and Andy Redmond, decided to get together to explore the music of the Celtic countries - specifically the songs known by Irish and Scottish soldiers and the Celtic music that evolved in America. With the addition of two more friends, Bud Osthaus and Glenn Owens and, (since all members were a bit older than their “garage band” days), the name Na’Bodach, (Gaelic for “not old men”), seemed appropriate.
Today, despite some member changes, the band is still dedicated to exploring the Celtic tradition - adding older and newer songs and tunes from the Celtic diaspora. The band was never interested in reproducing the music in the "pure drop" manner of a traditional acoustic setting, but modernizes the music with electric instruments and contemporary rhythms, harmonies and styles, but always with respect for the tradition.